The “Open Virtual Museum” is an important part of the online exhibition “7places” of the United Nations and the Center for Persecuted Arts in Solingen. Various events are announced here that deal with current Jewish life in the communities and give you as a visitor the opportunity to interact directly with the participants in the exhibition. As a memorial or museum, you can announce your current projects, exhibitions, readings, lectures, and concerts as part of the culture of remembrance.
The “Open Virtual Museum” can be used not only by the 7 locations in Germany, but by all cooperation partners worldwide. Events in Poland and Israel are announced as soon as the online exhibition opens. Users have the option of participating virtually live in these events. Later, after they have been carried out, they move into the chronology of the retrospective and continual timeline. The “Open Virtual Museum” is growing continuously.

The opening will take place on Monday, 9 November 2020, starting at 17:00 MEZ on this website. Commemorating the November pogroms of 1938 worldwide, the United Nations and the Museum Center for Persecuted Arts are launching the multilingual online exhibition "7Places - Seven Places in Germany" in this 75th anniversary of the end of the Holocaust and the Second World War, and the founding of the United Nations on 24 October.

The exhibition focuses on seven synagogues in Germany, whose history and approach to remem-brance are presented on a timeline using historical photographs, authentic works of art, documents and contemporary testimonies. The exhibition offers a deeper insight into the history of the seven places of Jewish life depicted:  how they come into being, how they have changed, how they were partly destroyed in the November Pogroms of 1938 and later came to be filled with life again. Begin-ning in 321 CE, when the Roman Emperor Constantine gave Jews access to the Council of the City of Cologne, the time arc covers the persecution and murder of the Jews of Europe in the 20th century, and extends into the present  global remembrance of the Holocaust. The timeline is an open vir-tual museum, capturing current commemorative events as they take place.

The opening addresses will be given by Melissa Fleming, Under-Secretary-General for Global Com-munications of the United Nations and German Foreign Minister Heiko Maas. The opening, present-ed and hosted by the artist Tatiana Feldman, brings the seven places together virtually: the New Synagogue in Berlin; the Old Synagogue in Essen; the Memorial to the Rural Jews on the River Sieg; a memorial site in Halle an der Saale, represented by the Leopold Zunz Zentrum e.V. memorial insti-tution; the former synagogue on the North Sea island of Norderney; the commemoration event for the students of the Highschool Schwertstrasse, on the site of the former synagogue in Solingen; and the MiQua. LVR-Jewish Museum in the Archaeological Quarter Cologne. 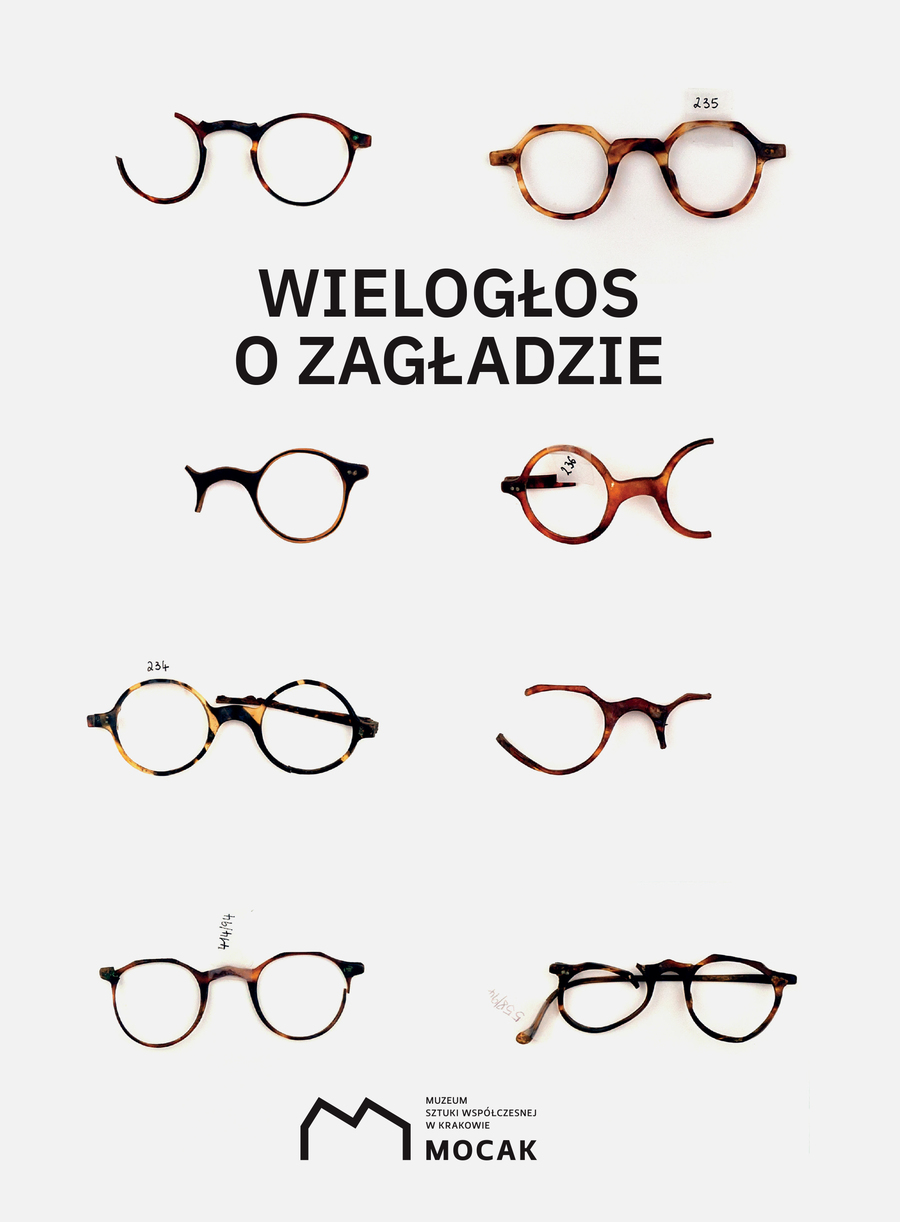 On Wednesday, December 9, 2020, at 5 p.m., Maria Anna Potocka, Director of the MOCAK Museum for Contemporary Art Krakow and Jürgen Kaumkötter, Director of the Museum Center for Persecuted Arts Solingen, will speak about their joint projects, in particular about the book "The Polyphony of the Holocaust ". The event is a Zoom video conference, more information will follow.

Built on the site of Oskar Schindler‘s former factory, the MOCAK‘s work is also always dedicated to coming to terms with the memorial and the remembrance culture. One project in this context is the publication of the volume "Polyphony of the Holocaust", which is now available in two languages. In today‘s ZOOM conference some of the many participating voices - one of them: Nobel Prize Winner Olga Nawoja Tokarczuk - will be heard.

On January 9, 2021 the artist Dana Arieli will present her school program in a video conference.

Schools can contact the Museum Center for Persecuted Arts and we will connect them with Dana Arieli to organize an online Artist-in-Class-Talk.

Under the working title „The Nazi Phantom“, Israeli photographer Dana Arieli has for years been photographing places where National Socialist ideology is still visible or hidden. Internationally renowned poets, authors, politicians, texts and statements accompany her photographs. Pupils are also invited to write texts about the photographs, to become part of the project with their own opinions and thoughts. Take the opportunity to participate in this project!

Responsible for the exhibition are the Museum Center for Persecuted Arts with the assistance of the Holocaust and the United Nations Outreach Programme as a multimedia educational resource source in remembrance of, and to educate about, the 1938 November Pogrom.